"Poughkeepsie, which was claimed to be the Central Park of the Hudson, now turns out to be a city of pest holes and malarial diseases." - The Eagle's Work October 10, 1870 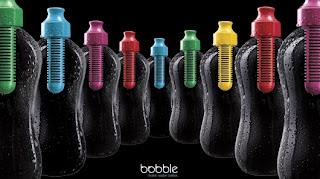 Had a few of the above Bobble Bottles entered the market in the mid 1800s, Poughkeepsie residents would have probably dueled in order to get their hands on one. Poughkeepsie's drinking water, supplied largely from backyard wells and cisterns, was severely contaminated in 1854. At this time, Poughkeepsie became a city and its population approached the 20,000 mark.1 The wells and cisterns were in close proximity to the "family privy" (or outhouse). According to an article in the Poughkeepsie Journal by Elizabeth I. Carter, "The result was inevitable. Epidemics of cholera, typhoid fever, smallpox and diphtheria claimed hundreds of victims."2 Newspapers reported as far west as Chicago that Poughkeepsie was "The Sickly City" and one reported that it was "A fine place to live, with fine schools and churches and railroad accommodations, well governed but oh, how sickly."3 A return to good health could be achieved if Poughkeepsie residents secured  an alternative, long-term supply of sewage free drinking water. "The Sickly City" needed an answer to its "water question," as it was referred to in articles printed by the Poughkeepsie Daily Eagle, and our protagonist had one.

Entrepreneur George Morgan purchased the College Hill property at an auction to settle the estate of Charles Bartlett, lead instructor of the Intercollegiate College on College Hill, conducted by Henry W. Shaw in 1865.4 He also bought the Swift Farm, on which he excavated the ground and dammed its natural springs in order to construct Morgan Lake.5 Morgan submitted a proposition to the Mayor and Common Council of the city of Poughkeepsie on February 21, 1866 agreeing to furnish a sufficient supply of water to dwellings and other buildings for thirty years.6 This offer was turned down after the Water Board and engineers Theodore W. Davis and James P. Kirkwood selected first the Fallkill Creek and then, after more careful consideration, the Hudson River as the main supply of drinking water.7 A reservoir was constructed on top of College Hill (the property that Morgan owned) in 1872 to pump the water from the Hudson and engineers Davis and Kirkwood built the first sand-filtration filters in the United States right here in Poughkeepsie.8

Although Morgan did not sell his lake's water to the city for the supply of drinking water, he still made a profit off of the water. Stay tuned for the next blog post to find out how!